Raksha Bandhan released on August 11 and reviews have been dropping in for the film already. Fans have called it the best performance of Akshay Kumar in his career.

Raksha Bandhan released on August 11.
Twitter reviews are in for the Akshay Kumar-starrer.
Fans have lauded the actor’s performance.

Raksha Bandhan is finally here! We are talking about Akshay Kumar’s film which released in the theatres on August 11. It was one of the most anticipated films of the year, and it clashes with Aamir Khan’s Laal Singh Chaddha. Also starring Bhumi Pednekar in the lead role, Raksha Bandhan’s Twitter reviews are out. Fans have only good things to say about the film.

Directed by Aanand L Rai, Raksha Bandhan stars Akshay Kumar and Bhumi Pednekar. It also features Sadia Khateeb, Sahejmeen Kaur, Smrithi Srikanth and Deepika Khanna. The movie clashes with Aamir Khan’s Laal Singh Chaddha in theatres today, August 11. The film is produced by Zee Studios, Colour Yellow Productions and Cape of Good Films and jointly written by Himanshu Sharma and Kanika Dhillon. The storyline follows Lala Kedarnath, the eldest and only brother of four sisters, who runs a chaat shop that was started by his father. Lala promises his frail mother on her deathbed that he will get married only after he fulfills the responsibility of marrying his sisters into suitable homes first. What follows is Lala’s relentless efforts of getting his sisters married while upholding his family values.

Aamir Khan starrer Laal Singh Chaddha has hit the theatres and has opened to a mixed response. The film, also starring Kareena Kapoor Khan and Mona Singh, is an official adaptation of Forrest Gump. As per early estimates released by Box Office India, the film has taken a slow start. The morning shows have reportedly seen a 15-20% occupancy, which is a worrying figure for an Aamir Khan film. The opening day figures are pegged to be between 10-15 crore, with the maximum buzz coming from metro cities.

The film was written by Atul Kulkarni and directed by Advait Chandan. Laal Singh Chaddha is reportedly performing better in Delhi NCR and South on Day one. Mumbai, West Bengal and East Punjab too have seen a positive occupancy rate. The buzz is picking up in Punjab given that Aamir plays Sardar in the movie. However, the mass belts which includes UP and Bihar is relatively dull. The recently released Ek Villain Returns showed better buzz in these areas, as per BO reports.

Laal Singh Chaddha faced a lot of controversy even before its release. There was a Twitter trend on boycotting the film, over statements made by Aamir and Kareena in the past. Aamir has even apologised to the audience and requested them to watch the film in the theatres.

As per the initial audience reaction, the film got divided reviews. While a action is all praise for the film and its heartwarming story, another section can’t seem to enjoy Aamir’s performance.

Shabaash Mithu is off to a slow start at the box office. The film stars Taapsee Pannu in the lead role as Mithali Raj.

Taapsee Pannu plays the role of former Indian’s women cricket team captain Mithali Raj in Shabaash Mithu.
Shabaash Mithu is off to a slow start at the box office on Day 1.
The film has been directed by Srijit Mukherji.

Taapsee Pannu is seen playing the role of former Indian women’s cricket team captain Mithali Raj in Shabaash Mithu. The film was released in theatres on July 15, 2022. Shabaash Mithu has garnered a lot of positive reviews from the audience. However, the movie failed to witness a huge footfall in cinema halls. Directed by filmmaker Srijit Mukherji and written by Priya Aven, Shabaash Mithu is a coming-of-age story of women’s cricket in India through the lenses of Mithali.

As per early estimates, Shabaash Mithu collected less than a crore on day 1 of its release. The first-day collection for the film stands at around 0.80 crore, which is less than Hit: The First Case starring Rajkummar Rao and Sanya Malhotra. Both the films were released on the same day.

Earlier, during an interview, Taapsee Pannu mentioned that she took inspiration from Shah Rukh Khan’s Chak De for Shabaash Mithu. ” For Shabaash Mithu especially, there were so many times I used to tell my colleagues, the girls who were acting with me, that we should watch Chak De before we started filming our climax to get into that zone. That really helps,” she told IndiaToday.in, in an exclusive chat.

Hit: The First Case stars Rajkummar Rao and Sanya Malhotra. The film has garnered a positive response. However, it is off to a poor start at the box office.

Rajkummar Rao and Sanya Malhotra star together for the first time in Hit: The First Case. The film hit the theatres on July 15, 2022. The crime-thriller has received a mixed response from the audience. Despite this, the movie is off to a poor box office start, as per early estimates. Hit: The First Case is directed by Sailesh Kolanu.
HIT THE FIRST CASE BOX OFFICE COLLECTION

As per the early records available from trade analysts, the Rajkummar Rao starrer had an opening day of Rs. 1.40 crore (approx). The figure is less than Rajkummar’s last release, Badhaai Do [also starring Bhumi Pednekar], which collected approximately Rs 1.60 crore on day 1 of its release. However, the film has done better business than Taapsee Pannu’s Shabaash Mithu.

ABOUT HIT THE FIRST CASE

In Hit: The First Case, Rajkummar plays the role of a police officer who suffers from PTSD (post-traumatic stress disorder). The actor has been garnering a lot of praise for his performance. About performing scenes involving PTSD, Rajkummar told IndiaToday.in that it took a mental toll on him. He shared, “it did get mentally very taxing, and physically also, because there were scenes which were pretty long. And you can’t just be like doing ‘ha ha hee hee’, and then action and you’re in that zone. So for me, especially while shooting such scenes, I need to prepare.

Fans are loving Akshay Kumar’s Samrat Prithviraj. Twitterati have shared their first review of the film and have declared it a blockbuster.

Akshay Kumar and Manushi Chillar’s Samrat Prithviraj was released on June 3.
Fans are sharing raving reviews of the film.
Many have declared it a blockbuster.

The day is finally here! Akshay Kumar and Manushi Chillar’s Samrat Prithviraj releases today, June 3 and the first reviews are out. Loyal fans took to Twitter and shared that they absolutely loved the film. The Akshay-starrer narrates the life story of legendary warrior king Prithviraj Chauhan.

Ahead of the film’s release, Akshay Kumar arranged a special screening for Home Minister Amit Shah, who praised the film. On June 2, Uttar Pradesh Chief Minister Yogi Adityanath has watched the film and has declared it tax-free in the state. A special screening of the film was held by Akshay and Manushi Chillar in Lucknow. Soon after the UP CM’s announcement, Samrat Prithviraj was also declared tax-free in Madhya Pradesh and Uttarakhand.

Sherdil The Pilibhit Saga will release on June 24. The makers released the trailer of the Pankaj Tripathi-starrer on June 3.

KK’S LAST SONG IS FROM SHERDIL

Popular singer KK died on May 31. However, his last song still remains unreleased. The song is from Sherdil and KK recorded the track a few months back in April.

Speaking to IndiaToday.in, Srijit told us about the first time he met KK and the unreleased track from his film. He said, “The song is very special. It’s written by Gulzar saab and sung by KK. And it is possibly going to be his last song for a film at least.

Daljit Thind and Ammy Virk present you the ‘Official Trailer’ of their much awaited new film, “Sher Bagga” delivering near your cinema theaters on June 10, 2022.

Kartik Aaryan and Kiara Advani’s film, Bhool Bhulaiyaa 2, is going strong at the box office. According to trade reports, it has minted more than Rs 98.57 crore in just eight days.

Kartik Aaryan and Kiara Advani-starrer Bhool Bhulaiyaa 2 has attracted crowds to cinema halls. After a not-so impressive performances of some Bollywood films, this horror-comedy has managed to impress the audience finally. The film has been declared a hit. Directed by Aneez Bazmee, Bhool Bhulaiyaa 2 opened to raving reviews on May 20. According to trade reports, the film has collected more than Rs 98 crore in eight days.

Bhool Bhulaiyaa 2 had a record-breaking first day at thhe box office. The film opened to good reviews, and it is going strong after a week of its release. According to a report in boxofficeindia.com, Bhool Bhulaiyaa 2 collected more than Rs 6 crore nett at the box office. There was a drop in the morning collection but it saw a rise post the afternoon shows,as the film continues to do excellent business in the Hindi belts.

The Anees bamee-directorial is about to cross the Rs 100-crore mark now.

Directed by Anees Bazmee, Bhool Bhulaiyaa 2 features Kartik Aaryan, Tabu, Kiara Advani and Rajpal Yadav in key roles. The film has been co-produced by Bhushan Kumar, Krishan Kumar, Murad Khetani and Anjum Khetani. Bhool Bhulaiyaa 2 released in cinemas on May 20, 2022. The storyline follows Ruhan, a fraud psychic who is brought in to deal with the return of Manjulika in the Thakur palace. However, he unintentionally aggravates problems. The first part of the film featured Akshay Kumar and Vidya Balan in key roles and was a huge hit. Initially set for July 31, 2020, release, Bhool Bhulaiyaa 2 was delayed owing to the Covid-19 pandemic. 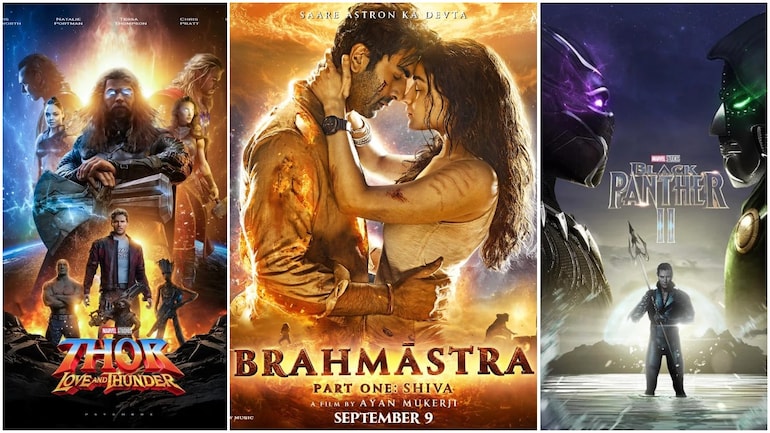