Sanjana Sanghi and Aditya Roy Kapur have paired up for the first time in Om: The Battle Within. In an exclusive interaction with IndiaToday.in, the actress shared deets about the upcoming film. 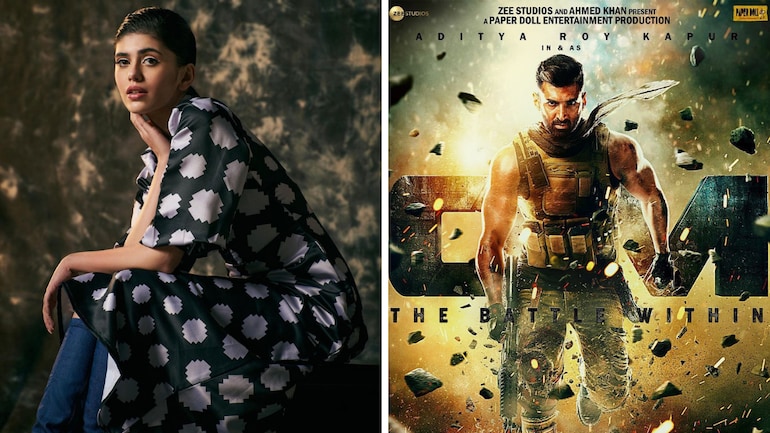 Sanjana Sanghi and Aditya Roy Kapur will be sharing screen space together for the first time in Om: The Battle Within. The film is being directed by Kapil Verma and produced by Ahmed Khan. Sanjana and Aditya had started the filming in December 2020 and now, as per the former, the movie is ready to be released in theatres. Speaking exclusively with IndiaToday.in, Sanjana shared insights about the much-anticipated film.

“I AM REALLY HYPED ABOUT OM: THE BATTLE WITHIN”

Film-wise, Sanjana Sanghi was last seen in Dil Bechara opposite Sushant Singh Rajput. She is quite excited about her first action film. Talking exclusively with IndiaToday.in, she said, “Om is fully ready. Adi [Aditya Roy Kapur] and I have completed the shoot. I also finished dubbing for it. I recently saw some glimpses and I am really hyped about it.”

“I UNDERESTIMATE MY WORK SO MUCH”

Sanjana and Aditya have paired up for the first time in Om: The Battle Within. She said, “Aditya’s female fans are gonna go crazy, I don’t know about anything else but they definitely will. I know I shouldn’t say this about my own film, I underestimate my work so much but I am really happy with what I saw.”

Meanwhile, Sanjana is dabbling between two films currently and details of it are kept under the wraps. On the other hand, Aditya Roy Kapur is busy shooting for his next set of projects.