The trailer of Rajkummar Rao and Bhumi Pednekar’s Badhaai Do dropped today, January 25. The two get into a marriage of convenience to hide their secrets. 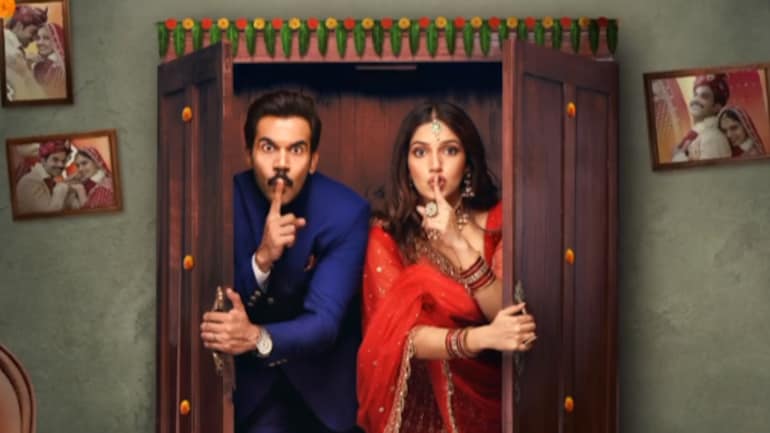 The much-awaited trailer of Rajkummar Rao and Bhumi Pednekar’s Badhaai Do has been released. Directed by Harshvardhan Kulkarni, the comedy drama is about two people who get into a marriage of convenience in their 30s to hide the secret about their sexual orientation. Badhaai Do will hit the cinemas on February 11.

BADHAAI DO TRAILER IS HIGH ON COMEDY, DRAMA

Just yesterday, January 24, Rajkummar Rao and Bhumi Pednekar told fans that they are ready to reveal their Badhaai Do secret. Now, that secret is out. Their film shows LGBT issues as Rajkummar and Bhumi’s characters are forced to comply with societal norms, all in a hilarious way. Rajkummar plays the role of a cop named Shardul, while Bhumi is a PT teacher – Sumi. Their paths cross and they decide that they should get into a marriage of convenience for their families. Trouble ensues when Sumi’s girlfriend comes into the picture. The comedy of errors seems like an emotional ride too.

SOME JOURNEYS ARE MEANT TO BE REMEMBERED FOREVER: RAJKUMMAR

Sharing the Badhaai Do trailer, Rajkummar Rao wrote, “#BadhaaiDo Trailer It’s one of those films, that came our way, touched our hearts in ways we can’t explain. Some journeys are meant to be remembered forever. Ab aap dekho trailer aur hume #BadhaaiDo #BadhaaiDoInTheatres on the 11th of February.