Makers of Gehraiyaan are being lauded for giving due credit to Dar Gai as the intimacy director of the film. Here’s all you need to know about her. 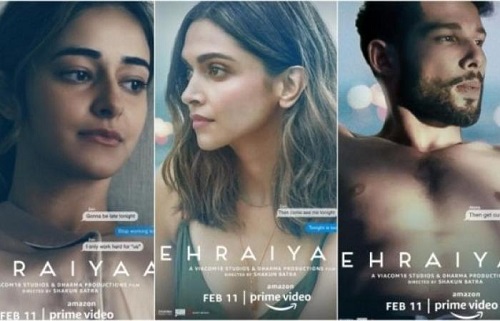 Shakun Batra’s upcoming film, Gehraiyaan, has become a hot topic of discussion on the internet. People have not just lauded the film’s teaser but also Deepika Padukone and Siddhant Chaturvedi’s sizzling chemistry. Their intimate shots from the film have already gone viral on social media. And their crackling chemistry seems to be one of the major highlights of the film. Amid all the buzz around Gehraiyaan, fans are lauding the makers of the film for giving due credit to Dar Gai, who is the intimacy director of the Deepika Padukone-starrer.

WHO IS AN INTIMACY DIRECTOR/COACH

For the unaware, an intimacy coach is a person hired to help actors feel safer and closer as they shoot intimate scenes for a movie or a web series. An intimacy coach also ensures that shooting intimate scenes becomes comfortable for actors in films. On the whole, they make sure that it becomes a creative experience for everyone involved in the process.

Dar was born and brought up in Kyiv, Ukraine. From the age of 10, she was a part of a Ukrainian theatre group called Incunabula.

Dar has acted in more than 15 plays and, at the same time, directed a total of 10 plays.

ALL WE KNOW ABOUT GEHRAIYAAN

The Shakun Batra directorial venture is a romantic drama that will also feature Dhariya Karwa, who was a part of Vicky Kaushal-starrer Uri: The Surgical Strike, apart from Deepika Padukone, Siddhant Chaturvedi and Ananya Panday. Gehraiyaan is scheduled to release on February 11, 2022, on Amazon Prime Video.