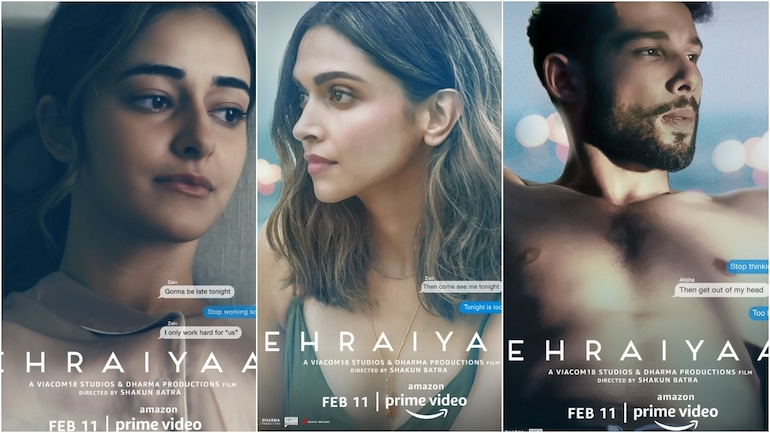 It’s Deepika Padukone’s birthday today, January 5, and the makers of her upcoming project Gehraiyaan made it extra special by dropping the posters of the film. The film, which was earlier supposed to release on January 25, has now been postponed. Gehraiyaan will now release on Amazon Prime Video on February 11 across more than 240 countries and territories. Directed by Shakun Batra and produced by Karan Johar, Gehraiyaan stars Deepika, Ananya Panday and Siddhant Chaturvedi.

Amazon Prime Video today unveiled six new posters of its upcoming film, Gehraiyaan. The film looks beneath the surface of complex modern relationships, adulting, letting go and taking control of ones’ life path. The newly released posters include captivating individual character posters for the lead cast, a heartwarming poster featuring Deepika and Siddhant and an ensemble poster with the leads. Adding to the curiosity and intrigue around the movie, the posters tease the audience with what one can expect with this relationship drama.

The posters were first shared by birthday girl Deepika Padukone who dedicated this to her fans. “A little birthday present for all the love you have showered us with! #GehraiyaanOnPrime releasing 11th February,” she wrote in her Instagram caption while sharing her poster from Gehraiyaan.

Alongside Deepika Padukone, the film features Siddhant Chaturvedi and Ananya Panday in the lead roles along with Dhairya Karwa, Naseeruddin Shah and Rajat Kapur in pivotal roles.