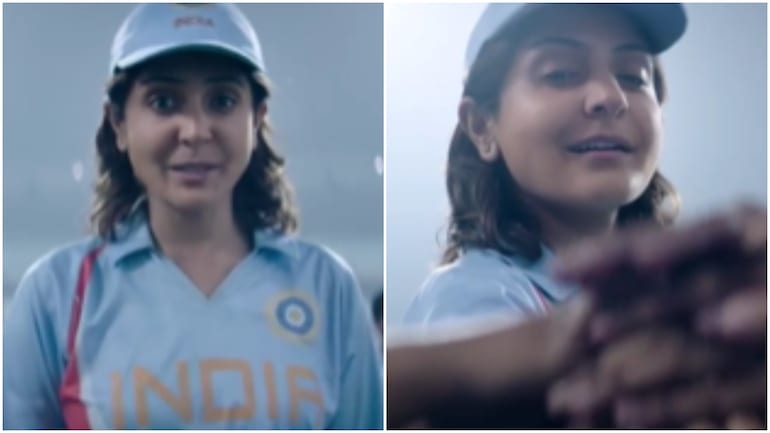 Anushka Sharma is all set to return to cinemas after 3 years. Taking to Instagram, the actress has announced her upcoming film, Chakda Xpress, today, January 6. She will be seen playing the role of former Indian women’s team captain. Jhulan Goswami. While the release date of the film has not been announced, it will release on Netflix.

Anushka Sharma, who was last seen in Aanand L Rai’s Zero opposite Shah Rukh Khan and Katrina Kaif, is making a comeback in films after 3 years. She released the teaser of her upcoming film, Chakda Xpress, today, January 6. Calling the film special, Anushka talked about playing the role of Jhulan Goswami, who was the former Indian women’s team captain.

“It is a really special film because it is essentially a story of tremendous sacrifice. Chakda Xpress is inspired by the life and times of former Indian captain Jhulan Goswami and it will be an eye-opener into the world of women’s cricket. At a time when Jhulan decided to become a cricketer and make her country proud on the global stage, it was very tough for women to even think of playing the sport. This film is a dramatic retelling of several instances that shaped her life and also women’s cricket. From support systems, to facilities, to having a stable income from playing the game, to even having a future in cricket very little propelled women of India to take up cricket as a profession (sic),” wrote Anushka.

“Jhulan had a fighting and extremely uncertain cricketing career and she stayed motivated to make her country proud. She strived to change the stereotype that women can’t make a career out of playing cricket in India so that the next generation of girls had a better playing field. Her life is a living testimony that passion and perseverance triumphs over any or all adversities and Chakda Xpress is the most definitive look into the not so rosy world of women’s cricket back then. There is still a lot of work to be done and we have to empower them with the best so that the sport can flourish for women in India. We should all salute Jhulan and her team-mates for revolutionizing women’s cricket in India. Jhulan’s story is truly an underdog story in the history of cricket in India and the film is our celebration of her spirit” concluded the actress.

ANUSHKA TO MAKE A COMEBACK TO FILMS WITH 3 BIG PROJECTS?

Anushka Sharma’s fans have been eagerly waiting for her return to films. Last month, it was confirmed that the Sultan actress is signing three premium Bollywood projects. While two of them will be theatrical releases, while the other one, Chakda Xpress, is an OTT original film.

“Anushka Sharma returning to the movies is the best thing happening to our film industry in 2022. She is expected to be mostly seen in three big projects, two of them being big screen entertainers, while one is a massively mounted OTT project. The scale with which this project is being conceptualised easily makes it the biggest film to be produced for the digital space in India! We can expect these announcements to start early next year and Anushka’s fans will rejoice at the range and the clutter-breaking projects that she will choose to entertain them with,” informed a trade source.

Anushka’s glorious track record at delivering the biggest hits in Hindi cinema coupled with her brilliant, versatile acting skills, already makes these project huge talking points. So, one can expect each announcement to become big conversation starter. Anushka has always been keen to be a part of the best cinema being produced by Hindi film industry and these new choices will be reflective of her headspace to choose entertainers that are fresh and new. She will be focussing on her acting career and wants to be a part of cinema that is remarkably differential yet hugely entertaining,” added the source.

Anushka Sharma is the only actress to have three 300 crore plus films under her belt – Sultan, PK and Sanju. Now that Vamika is close to a year old, it looks like Anushka is all set to dazzle the silver screen again. We have all been waiting for this moment and looks like we have to count down the days for these announcements to begin.