Nora Fatehi shared a behind-the-scene video from Satyameva Jayate 2 song Kusu Kusu’s shoot. The actress can be seen calling herself braver than John Abraham as she continued working even after getting hurt by a piece of glass in the video. 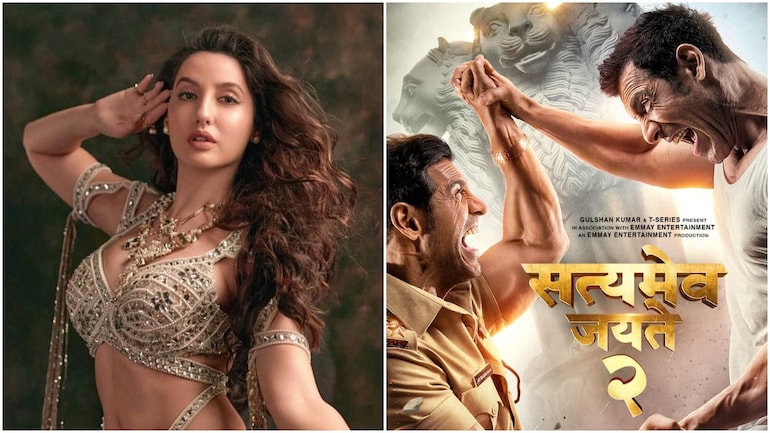 Nora Fatehi’s Kusu Kusu song has managed to impress one and all. On November 18, the actress posted a behind-the-scene video from its shoot on her vlog. The actress can be seen perfecting her moves and continuing to dance even after getting hurt by a piece of glass in it. Nora didn’t get upset about her injury, but joked that she was braver than Satyameva Jayate 2 star John Abraham.

NORA FATEHI DANCED WITH A BLEEDING FOOT IN KUSU KUSU

The internet is going gaga over Satyameva Jayate 2 song Kusu Kusu featuring Nora Fatehi. However, it wasn’t easy to shoot the song. Nora injured her foot by a piece of glass and her costumed also seemed to choke her. But, she continued. All of this is documented in the BTS video of Kusu Kusu Nora posted on her vlog. She also said that she felt like Basanti from Sholay after she got hurt.

Nora’s fabulous belly dancing moves in Kusu Kusu is being loved by one and all. The song has more than 59 million views on YouTube. Nora had thanked fans when the song reached 50 million views. She wrote,
ALL ABOUT SATYAMEVA JAYATE 2

After the success of Satyameva Jayate in 2018, the makers of the film took the franchise ahead with Divya Khosla Kumar opposite John Abraham in the sequel. The film is written and directed by Milap Zaveri. Satyameva Jayate 2’s story revolves around fighting against injustice and misuse of power. It will hit the theatres on November 25. Satyameva Jayate 2’s cast also includes Rajeev Pillai, Anup Soni and Sahil Vaid.