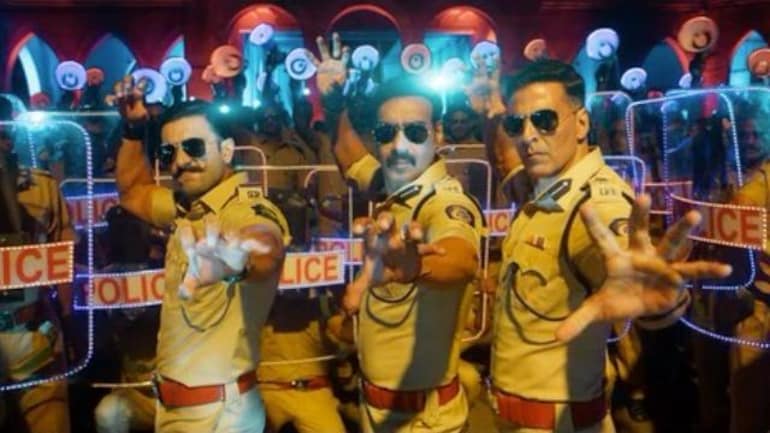 Sooryavanshi song Aila Re Aillaa is finally out. Featuring Akshay Kumar, Ajay Devgn and Ranveer Singh, the song captures the combined energy of the action stars. A revamped version of Akshay’s song from Khatta Meetha (2010), the video song shows the three stars in their Singham, Simmba and Sooryavanshi elements. Directed by Rohit Shetty, the film is scheduled to release in theatres on November 5.
AILA RE AILLAA CAPTURES AKSHAY, AJAY AND RANVEER’S COMBINED ENERGY

After revealing the teaser of Aila Re Aillaa on Wednesday, October 20, the makers today, October 21, released the song. As promised by the makers, Aila Re Aillaa is a high energy number, which was originally featured on Akshay Kumar’s 2010 film Khatta Meetha. In the new version, Akshay, Ajay Devgn and Ranveer Singh are seen in their true element. The song features them as Sooryavanshi, Singham and Simmba, respectively, showcasing their signature styles.

Aila Re Aillaa is sung by Daler Mehndi and the music is recreated by Tanishk Bagchi. The new lyrics are penned by Shabbir Ahmed. The original song is composed by Pritam and penned by Nitin Raikwar.