The makers of Rishi Kapoor’s last film, Sharmaji Namkeen, released its first look on his 69th birthday anniversary. The veteran actor died on April 30 last year after a battle with leukaemia. 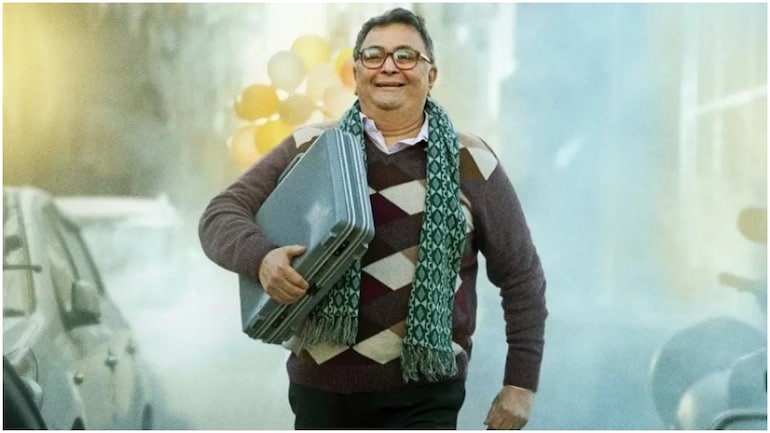 Rishi Kapoor was one of the most acclaimed actors in the Hindi film industry. He breathed his last on April 3, 2020. Today, September 4, would have been his 69th birthday. To mark the day, the makers of his last film, Sharmaji Namkeen, have released the first look. In the poster, Rishi Kapoor can be seen walking with a smile on his face and a briefcase in his hand.

The production house of Sharmaji Namkeen, Excel Entertainment, treated fans to first look on Instagram. Along with the poster, the official page of the production house wrote, “We are proud to present, the poster of a very special film- Sharmaji Namkeen, starring one of the most celebrated actors in the Hindi film industry whose inimitable work and sparkling career we will cherish forever, Mr. Rishi Kapoor. As a mark of love, respect and remembrance of him and as a gift to his millions of fans, here is the first look of his final film.

In their Instagram note, the makers thanked Paresh Rawal for stepping in to complete the remaining portions of Rishi Kapoor’s role in the film. He is portraying the same character played by the late actor in the film.

“A big thank you to Mr Paresh Rawal, who completed the film by agreeing to take the sensitive step of portraying the same character played by Rishi Ji. Produced by Excel Entertainment and MacGuffin Pictures, directed by debutant Hitesh Bhatia, this film is a light hearted, coming-of-age story of a lovable 60 year old man (sic),” read the note further.

Rishi Kapoor’s wife, Neetu Kapoor, shared Paresh Rawal’s look from the film and also wrote a thank you note for him on her Instagram story.

The film’s shooting was suspended last year due to the nationwide lockdown imposed to curb the spread of the novel coronavirus. During the lockdown, Rishi had fallen sick and passed away.

Rishi Kapoor died on April 30, 2020, at the age of 67. He was diagnosed with cancer in 2018. Following this, he and Neetu Kapoor spent around a year in New York for his treatment. Rishi Kapoor returned to India in September 2019. He was last seen in the film The Body.