On Wednesday, September 1, Allu Arjun took to Twitter to praise director Vishnuvardhan, actors Sidharth Malhotra and Kiara Advani and the entire team of Shershaah for the blockbuster hit. He also said that the film is a must-watch for every Indian. 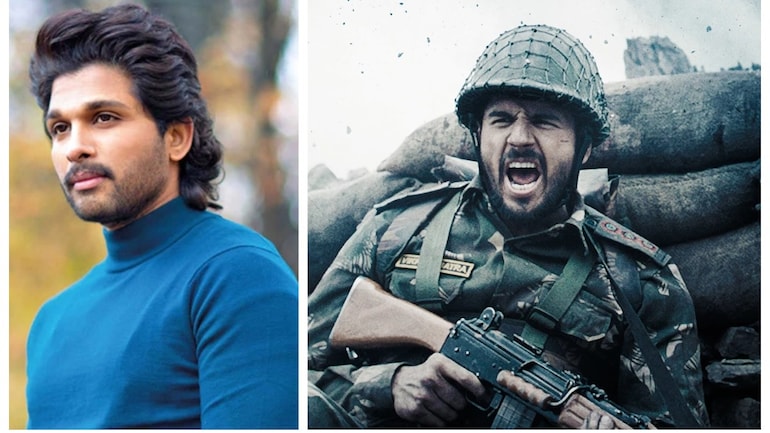 After watching Shershaah, Allu Arjun took to Twitter on Wednesday, September 1, to praise the cast and crew of Shershaah for narrating the life of the Kargil hero, Captain Vikram Batra, so beautifully. The Arya actor believes that Sidharth Malhotra, who plays Vikram Batra in the film, delivered his career-best performance. Directed by Vishnuvardhan, Shershaah stars Sidharth Malhotra and Kiara Advani in lead roles.

After Kamal Haasan, Allu Arjun watched Shershaah and was all praise for director Vishnuvardhan for narrating the life of the Kargil war hero Vikram Batra with such conviction. He also called Sidharth Malhotra’s performance as Vikram Batra his career-best. Taking to Twitter, Allu Arjun congratulated Karan Johar, who co-produced the film under Dharma Productions.

Allu Arjun wrote, “Congratulations to the entire team of #Shershaah. A very heart touching film. Career best performance by Mr. @SidMalhotra. Man who stole the show. Subtle & impactful performance by Ms @advani_kiara and all the other actors. My respect to all the technicians of the film (sic).”

KARAN JOHAR THANKS ALLU ARJUN FOR SHOWERING LOVE ON SHERSHAAH

Karan Johar, who co-produced Shershaah under Dharma Productions, took to Twitter to thank Allu Arjun for the love and praise for Shershaah. He wrote, “Thank you so much for all your love…Means a lot to us.

The story of Shershaah is written by Sandeep Shrivastava and directed by Vishnuvardhan. Shershaah is a biopic on the life of Captain Vikram Batra and chronicles the events from his first posting in Jammu and Kashmir as an Army Officer to his death in the Kargil War. Apart from Sidharth Malhotra and Kiara Advani, Shershaah features Shiv Panditt, Nikitin Dheer, Anil Charanjeett, Shataf Figar and Raj Arjun, among several others. The film is jointly produced by Dharma Productions and Kaash Entertainment.