Laxmmi Bomb is a remake of superhit Tamil horror comedy Kanchana, and will be helmed by choreographer-turned-director Raghava Lawrence. 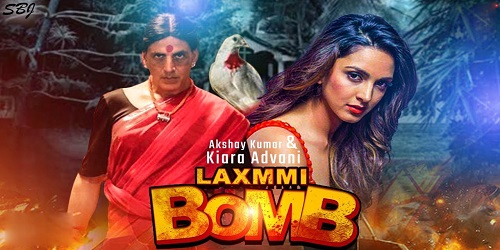 To celebrate the spirit of ongoing Navratri festival, Akshay Kumar has shared the first look of him as Laxmi from the upcoming film Laxmmi Bomb. The film is a remake of super-hit Tamil horror comedy Kanchana, and will be helmed by choreographer-turned-director Raghava Lawrence. Kiara Advani will play the opposite lead in the Hindi version.

“Navratri is about bowing to the inner goddess and celebrating your limitless strength,” says Kumar, and adds with this film, he will be stepping out of his comfort zone.

The look features Kumar sport a red sari and a big bindi. He is standing in front of Goddess Durga’s idol, and seems extremely intimidating.

The original Kanchana is a horror comedy, featuring Lawrence, R Sarathkumar, and Raai Laxmi in lead roles. The film revolved around a couple of vengeful ghosts who haunt an innocent man to get justice for their murders.

Earlier this year, Lawrence had stated that he will be exiting from the director’s chair for Hindi remake, adding that the first poster was released without his knowledge of the same. However, the issues were resolved and he was brought back to helm the film.

Produced by A Cape of Good Films and Fox Star Studios,in association with Shabinaa Entertainment and Tusshar Entertainment House, Laxmmi Bomb is slated to release Eid next year on 5 June, 2020.