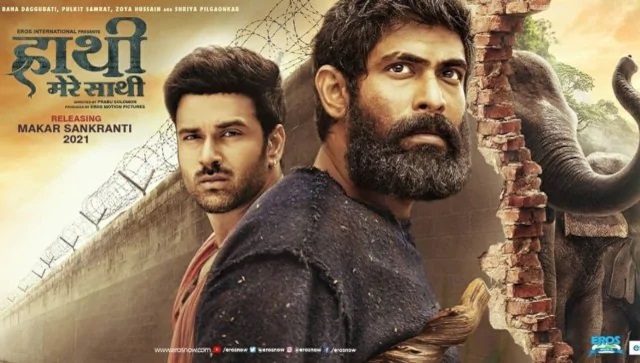 Actor Rana Daggubati’s action spectacle Haathi Mere Saathi, which was postponed due to the coronavirus pandemic, will now hit the screens on Makar Sankranti in January next year.

Backed by Eros International and directed by Prabhu Solomon, the movie was scheduled to have a nationwide release on 2 April. The trilingual film will be titled Haathi Mere Saathi in Hindi, Kaadan in Tamil and Aranya in Telugu.

“Today, even as we deal with a deadly pandemic, the one faced by our forests, that of human encroachment and deforestation continues to loom over us. Be a part of this thrilling battle with Haathi Mere Saathi, releasing in theatres on Makar Sankranti 2021,” the makers said in a statement on Wednesday.

Also featuring Pulkit Samrat, Shriya Pilgaonkar and Zoya Hussain, the film chronicles the journey of man who fights for the jungle and the animals.

Previously in an interview with Press Trust of India, Daggubati had described the film as a reflection to the environmental crisis across the world.

“It”s a mirror to the society. This happening in many parts of the country, the world. Everywhere there’s an elephant corridor and urbanisation around. There are cities which grow and break the natural habitat.

“As filmmakers, artistes, we have films to voice out certain things. To influence people in the most entertaining way possible,” the actor had said.