Riddhima Kapoor Sahni has taken to Instagram to share pictures with her father, actor Rishi Kapoor, who passed away on 30 April this year. 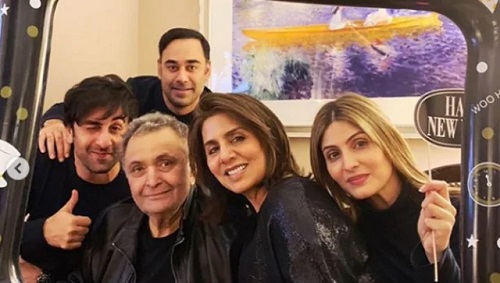 The picture from her childhood and youth gave glimpses of how Rishi Kapoor looked during his younger days. The pictures included Neetu Singh and Ranbir Kapoor among others.

One of the pictures showed the actor cutting cake with granddaughter Samara. In another photo, he is seen celebrating New Year Eve with his family.

Along with the pictures, Riddhima shared a heartfelt note in memory of the late actor. She wrote that she misses her father each day and she will always love him.

Rishi Kapoor passed away on 30 April this year. He was battling leukaemia since 2018. In July 2019, the actor tweeted that his cancer was in remission.

The actor was in the US for almost a year where he underwent treatment for cancer. After returning to India, he promoted his film The Body in December and also resumed shooting for his long-pending film opposite Juhi Chawla that was being produced by Honey Trehan.