Anushka Sharma posted a picture with husband Virat Kohli, and announced that their first child is due in January 2021. 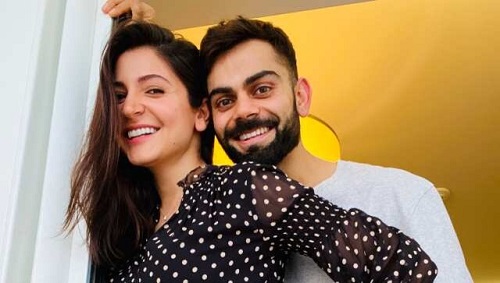 Actor-producer Anushka Sharma and Indian cricket team captain Virat Kohli took to social media and announced that they were expecting their first child. In their respective posts, the two shared the same photo and wrote, “And then, we were three!

Kohli and Sharma’s wedding took place at the Borgo Finocchieto luxury retreat near Tuscany in Italy in 2017 that was kept strictly private with only close friends and family.

On the work front, Sharma’s last role was in Zero alongside Shah Rukh Khan and Katrina Kaif in 2018. She recently produced an OTT series and a film, Paatal Lok for Amazon Prime Video and Bulbbul for Netflix, respectively via Clean Slate Filmz. Her production house has previously bankrolled NH10, Phillauri, and Pari that dealt with unconventional subjects.

Meanwhile, Kohli along with his deputy Rohit Sharma were listed as the top of the ICC (International Council for Cricket) ODI (One Day International) rankings for batsmen, reports Press Trust of India. He is currently also the captain of the Indian Premier League (IPL) team Royal Challengers Bangalore.