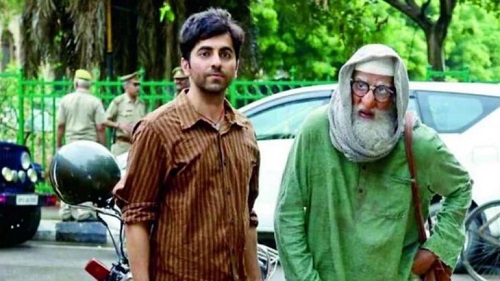 Writer Juhi Chaturvedi has been accused by late writer Rajeev Agarwal’s son, Akira, of plagiarising his father’s story for her upcoming film Gulabo Sitabo, a claim the production house behind the project termed “baseless.”

Juhi has written the story, screenplay and dialogues for the Shoojit Sircar directorial, featuring megastar Amitabh Bachchan and actor Ayushmann Khurrana. It is backed by Rising Sun Films.

Rajeev had submitted his story in Cinestaan India’s Storyteller Script Contest, of which Juhi was a jury member, claimed Akira’s lawyer Rizwan Siddiquee.

The story was submitted in March 2018 and shortlisted. On June 28 the same year, the final script was also submitted for the contest and all jury members had full access to the same, said Siddiquee.

According to the lawyer, Akira was shocked to find similarities between Gulabo Sitabo and his father’s story when he saw the trailer of the film. He claimed the story, background and theme of the movie looked similar to his father’s script.

In a statement issued on Saturday, Rising Sun Films said Juhi’s concept for Gulabo Sitabo was registered in 2018, much before the contest.

“Furthermore, Juhi never received a copy of the supposedly copied script. This has been independently confirmed by the script writing contest organisers as well.

“Our film’s story is different from that sent out in the notice. It is surprising how grave allegations are being made solely on the basis of a 2 minute 41 second trailer,” the banner said in the statement.