Tiger Shroff’s star power has driven Baaghi 3 to a promising start at the box office, despite odds stacked up against its business. Moreover, it has also been panned by critics. 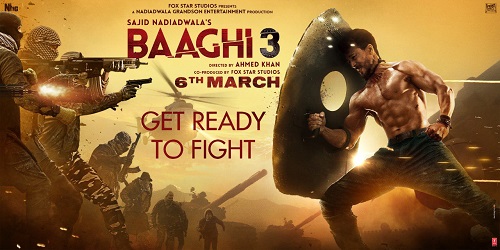 The Ahmed Khan-directorial, starring Shraddha Kapoor as the female lead, also became the second-highest opener in the franchise, followed by Baaghi 2 (Rs 25.10 crore).

Trade analysts state the high-octane action drama fared well regardless of being released during the board examination month, the coronavirus scare, and the pre-Holi lull period. They added the film recorded higher footfalls at the single screens. However, the film was a decent performer in the multiplexes as well.