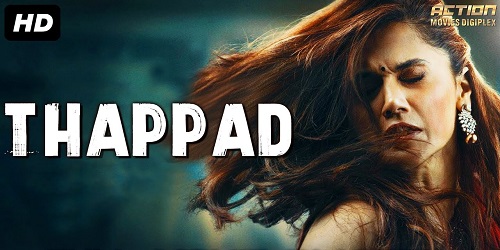 Anubhav Sinha’s social drama Thappad had a slow start at the box office on Friday but the business gained momentum in the latter part of the day. The film has raked in Rs 3.07 crore on its opening day.

According to trade analysts, the Taapsee Pannu-starrer witnessed a healthy footfall in the metros, especially in Delhi. The movie is expected to multiply its business at least two-fold during the opening weekend.

In an earlier interview with Firstpost, Taapsee Pannu had spoken about what it means for her to be a star:

“By definition, a ‘star’ means someone who can ensure a certain consistent opening at the box office. When I meet the media, they make me feel like a star. But it’s their job to observe cinema. My first day figures grounds me, and prove that in the mind of an audience member, I’m still not a star. These people have a lot of work to do. The day they take time out for my film, I think that is the day I’ll call myself a star. I’m waiting desperately for that day.”

Thappad seems to investigate the nitty-gritties of systemic oppression in even a “seemingly normal” marriage. Pannu essays the role of an educated, upper-middle-class woman who is forced to evaluate her relationship after being slapped by her husband, played by Pavail Gulati. Thappad chronicles her struggle as she files for a divorce petition, and ventures on in her pursuit of justice.