Vicky Kaushal-starrer Bhoot — Part One: The Haunted Ship had a promising opening day at the box office. The film, which released alongside Ayushmann Khurrana and Jitendra Kumar’s Shubh Mangal Zyada Saavdhan on 21 February, raked in Rs 5.10 crore. 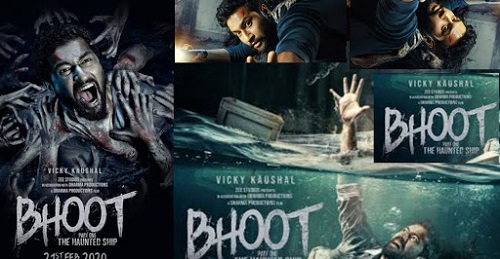 Trade analysts say Bhoot’s performance benefited from the Mahashivratri holiday. However, they add that the film needs to display an increase in earnings during its weekend run, to accumulate a healthy total.

Bhoot is Vicky Kaushal’s third-highest opening film (excluding Sanju, where he played a supporting part), after Uri: The Surgical Strike (2019) and Raazi (2018).

The film is directed by Bhanu Pratap Singh and also stars Bhumi Pednekar and Ashutosh Rana in key roles. It has received mixed reviews from critics.

Bhoot – Part One: The Haunted Ship, is produced by Karan Johar, Hiroo Johar, Shashank Khaitan and Apoorva Mehta. Previously, Khaitan had said that their main intention with this film was to develop it into a series (which might also include horror comedies).

The production house also approached Ram Gopal Varma to buy the rights of the title ‘Bhoot'; he made the 2003 horror film of the same name starring Urmila Matondkar. Johar thanked Varma in a statement, mentioning that with Bhoot – Part One: The Haunted Ship, the makers at Dharma would “aspire to make sure the title is in the right hands of horror.