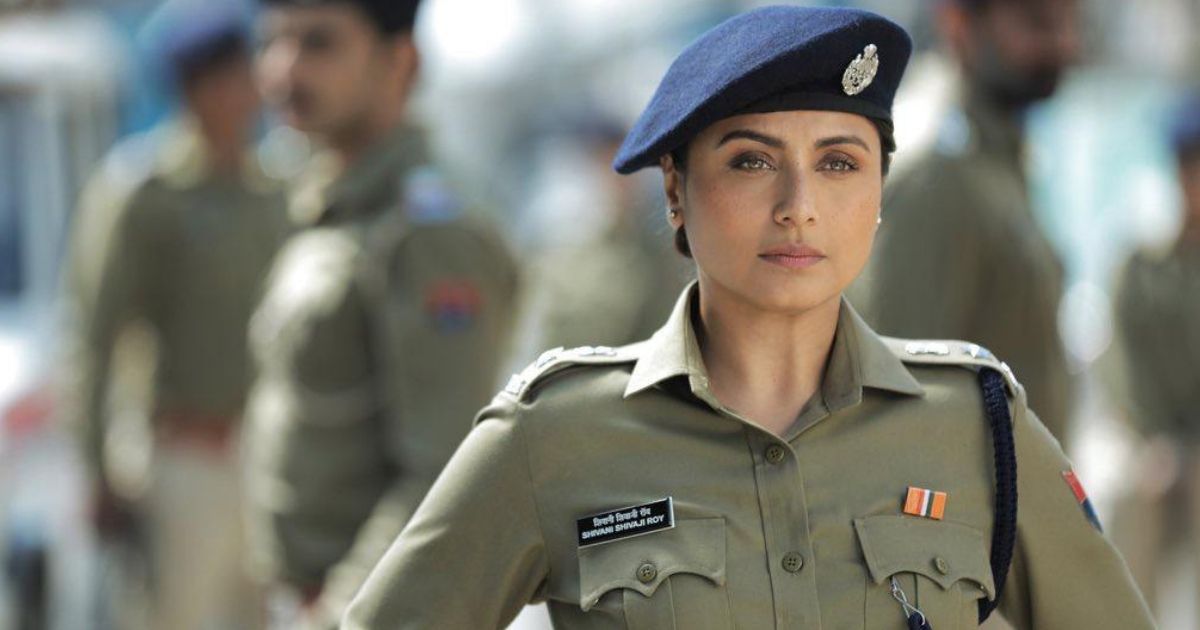 After a gap of four years, Rani Mukerji will be seen as police inspector Shivani Shivaji Roy yet again in the second instalment of her 2015 film, Pradeep Sarkar’s cop drama Mardaani. While Rani showed off her versatility in Siddharth P Malhotra’s Hichki last year (in which she played a schoolteacher battling Tourette’s syndrome), her next outing, this time as a Police Superintendent, is in Gopi Puthran’s Mardaani 2.

In an interview at Yash Raj Studios, Rani reveals she signs a film on the basis of what her state of mind is at that time. “Before I signed Mardaani, the whole country was angry, upset, and helpless because of the Nirbhaya case. For the first time, media brought us the gory details of a heinous rape. So I wanted to do a film that expresses the rage I, or for that matter the entire nation, men and women, was going through at that time. Before Hichki, I had my daughter Adira (with filmmaker-husband Aditya Chopra). I had been working since I was 16. When I had Adira, it was the first time I wanted to be home since I felt the responsibility of another life. So when Hichki was offered to me, I felt it was something that was worth being away from my child. Now, Mardaani 2 addresses the issue of juvenile rape accused. The number of juveniles, who were rape-accused, were brought to the fore after Nirbhaya. So I really wanted to deal with that through Mardaani 2.”

Like Mardaani, the sequel, directed by Gopi, the writer of the first instalment, will star Rani as an avenging cop who does not shy away from using violence to put the absconding rape accused to task. Rani claims she intends to give the same message to viewers that she did with Mardaani — to use violence as a means of self-reliance and self-defense. Last year, after the Actresses’ Roundtable on News18, Rani was criticised for allegedly diluting the significance of the #MeToo movement by putting the onus on women, and not men who commit the crimes, to learn martial arts in order to defend themselves on streets.

“I’ve always said this, and I will keep on saying it. It’s great to have discussions. Those should keep on happening simultaneously. But if you think practically, you can’t stop going out, whether for work or in general. And we’ve reached a stage that we need to learn self-defense if we want to roam freely. I do believe Durga resides in every woman, and she needs to channelise it in some way or the other, whether through using paper spray, performing martial arts or just roaring deafeningly so the man gets scared. Change will come gradually of course but until then, we need to bring our issues into our hands.”

She narrates an incident of channeling her inner Durga in order to overcome a childhood fear. For a key underwater action sequence in Mardaani 2, Rani had to learn swimming and triumph over hydrophobia, which she has been battling since she was a kid. “When Gopi narrated the script to me, I really liked it. But I informed him that I didn’t know swimming so wouldn’t be able to do the underwater sequence. Once we finished shooting the film in July, I wasted a lot of time not learning swimming because of the monsoon. Fortunately for me, the rains this year went on till October. But Gopi said it was high time we shot the sequence then since the film was supposed to release in December. So I signed a trainer, and started with the baby pool. I was very comfortable there since my feet were on the ground. But I was thrown into the deep end later. I managed to learn swimming and shoot the sequence eventually.”

She says besides picking up physical skills like martial arts, all her diverse roles in her 23-year-old career have helped improve her mental health as well. “My characters have not only made me more empathetic but also allowed me to look at the brighter side. When I did Black, I realised what a gift speech is. When you’re deprived of that, and you resort to sign language, your hands and shoulders start paining after a while because you’re constantly using them to express themselves. I know some may say it’s easier to focus on the positives at the position of privilege but even the slum people I’ve met in my career are happy with their dal-rice and bhakri-pyaaz. So it really depends on how much you choose to victimise yourself. Again, it boils down to self-reliance.”

Rani is aware the Indian audience is warming up to a more ‘realistix’ portrayal of women police officers after Netflix film Soni and series Delhi Crime. But she believes the cops she has met during the Mardaani franchise deserve the heroic treatment in her films. “I want to show them as heroes. I think of them as nothing less heroic. But you won’t see a film which has me beating up goons by defying laws of gravity. It’s because I’ve met those female officers. My portrayal stems from first-hand experiences. In fact, Mardaani is not just about the women police officers. It’s a spirit that anyone, whether male or female, can live by. It refers to how my character of Shivani Shivaji Roy fights crime. When a poet described Rani Lakshmibai, he was referring to her spirit, and not her gender, when he said, ‘Khoob ladi mardaani wo toh Jhansi wali rani thi.'”

Rani jokes about how the Mardaani spirit is not going down well with her daughter, who wants to see her in a happy space onscreen. “I’ll be the happiest to do a lighthearted romantic comedy now. After I did Black and was offered Bunty Aur Babli, I was so glad that I could get rid of all the baggage of a serious role like Black by doing a fun film like Bunty Aur Babli. I think I’m in that head space again,” says Rani.

Then is she doing Bunty Aur Babli 2 opposite Hum Tum co-star Saif Ali Khan next, as reports suggest. “Oh wow? Is it? That’s a forecast I hope turns out to be true,” is all Rani would say.

Mardaani 2 is slated to release this Friday on 13 December.