Arjun Kapoor’s upcoming film India’s Most Wanted is a spy thriller, following an intelligence team as they hunt for a terrorist.

The film is said to be based on the arrest of terrorist Yasin Bhatkal, who was a key conspirator in three terror acts carried out in different cities in India. Here’s everything you need to know about him: Mohammed Ahmed Siddibappa, who was named Yasin Bhatkal by India’s investigation agencies, is the founder of the terrorist organisation Indian Mujahideen.

Between 2007 and 2013, Bhatkal planned 52 blasts across India and is responsible for the death of over 220 citizens. He was listed as number one on the Most Wanted list of the National Investigation Agency (NIA) in Maharashtra, in their case against the functionaries of the Indian Mujahideen. Maharashtra wasn’t the only state that was looking for him. The urgency spread across the country and the total amount for his capture was at one point close to around three crore. He was arrested at the Indian-Nepal border near Bihar in August 2013. In India’s Most Wanted:

The film follows Arjun Kapoor and a team of five officers who captured Bhatkal, one of India’s most dangerous terrorists, without firing a single bullet or causing any civil unrest. Kapoor’s character is named Prabhat Kapoor, based on the Intelligence Bureau officer who led the mission to catch Bhatkal. According to Mumbai Mirror, the Intelligence Bureau had dubbed Bhatkal the “Ghost Who Bombs”. 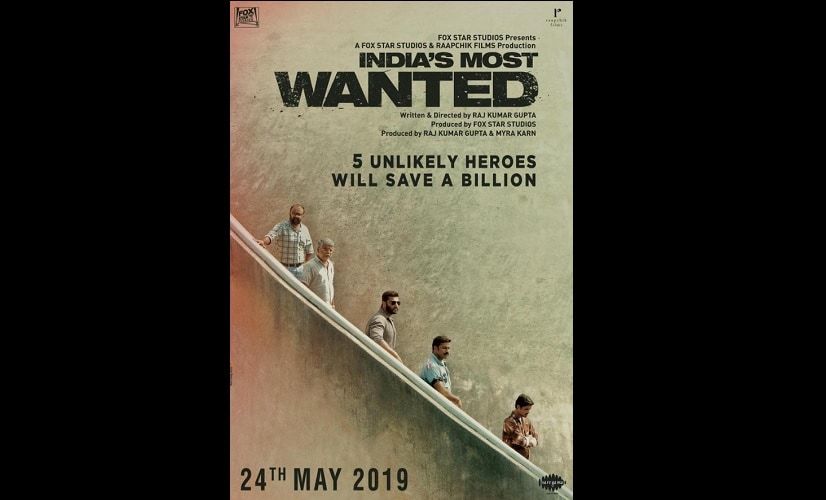 The film’s writer and director Raj Kumar Gupta, when asked if the story was based on Bhatkal’s arrest, refused to name anyone but said: “I want to say it is inspired by a true event. Who is the terrorist, who have we based the story on…you can decide when you go and watch the film in the theatre. All I want to say is that it is based on a true event and it was a watershed moment of Indian intelligence department where a terrorist was captured without using a single bullet. But you have to watch the film to know the details.”

Gupta also told The Telegraph that it was exactly the terrorist’s deadly acts that prompted him to make the film. “When I heard about this for the first time, I had the same question. It’s so fascinating, that we go about our daily lives and all we hear are big headlines. Then you come across something that is of that magnitude and could have been worse. This question is what triggered this film.”