The makers of De De Pyaar De, especially the lead actor Ajay Devgn have received significant backlash for casting Alok Nath in the romantic comedy, despite allegations of sexual assault against him. Tanushree Dutta and Kangana Ranaut’s sister Rangoli Chandel led the criticism against Devgn for Nath’s inclusion in the film. Now, Devgn has issued a clarification. 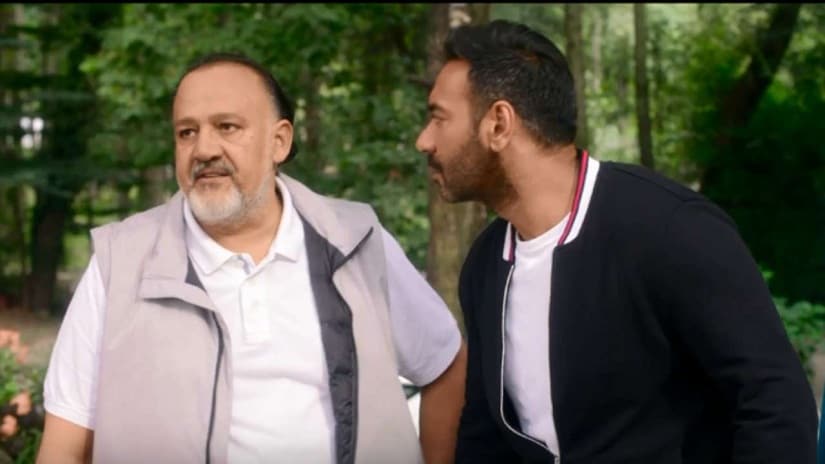 evgn said that the film was initially supposed to release in October 2018 and the shooting concluded in September. The sequences featuring Alok Nath were eliminated by August. However, they were shot over 40 days across various locations with a combination of over ten actors. He said it would have been difficult to reschedule the shoot with a replacement, due to conflicting schedule of other actors and would have caused monetary loss to the producers.

“Everyone is aware that film-making is a collaborative process. The decision to replace Nath could never have been mine alone. In this case, I would have to go with the joint-decision of the entire unit. Not to forget, I could not have brought the entire combination of actors back or put up sets again for a 40-day re-shoot because this would mean doubling the budget, which again wasn’t my call to make. It would have to be the call of the makers. Had circumstances played out even slightly differently, I would have pushed for a different combination of actors. Unfortunately, this was not to be,” the actor said in a statement.

He asserted that his stand on the #MeToo movement remained unchanged. According to the statement, Devgn said that he did not understand why attempts were being made to single him out as insensitive as the circumstances in this case were out of his hands.

Previously, at the trailer launch of De De Pyaar De, the actor had also explained that the film had been completed prior to the allegations levelled against Nath.