Himesh Reshammiya and Yo Yo Honey Singh’s The Xpose (2014) had a surprise package in Irrfan. And the only thing that got us through this 113 minutes of torture. 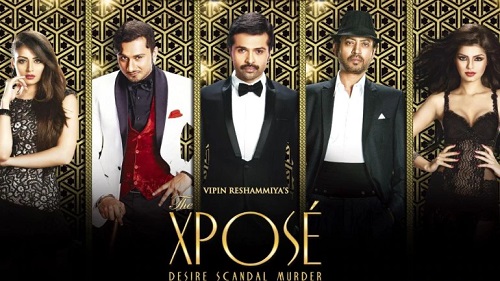 The first thing that comes to mind when the words ‘The Xpose’ are uttered, is the song Ice Cream Khaungi, Kashmir Jaungi. And like the whole of this 113-minute film – which is a film about films and the movie industry – the lyrics make no sense. Several questions through this unputdownable plate of desi Chinese were left unanswered. Like for example, if Himesh Reshammiya’s character Ravi Kumar suffered a kidney problem – he did give us a hint when he said, “Tumhare sharir mein utna khoon nahin jitna Ravi Kumar ekbaar mein moot deta hai.” Or why Yo Yo Honey Singh’s character KD, a name and profession clearly borrowed from RD (Burman), rapped in the 60s? Or why he was sporting the Sadhna haircut when the women in the film.

Kartik Aaryan, in a long Instagram note, took us through his journey as an actor to finally landing Imtiaz Ali’s Love Aaj Kal. 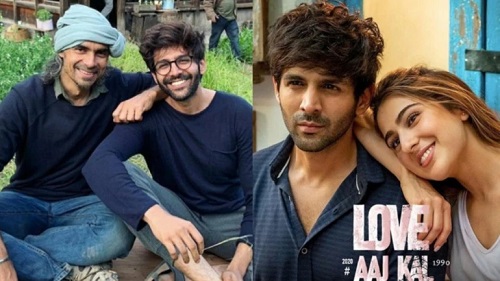 Kartik Aaryan, who made his debut in Pyaar Ka Punchnama in 2011, has come a long way in his career. He was last seen in Imtiaz Ali’s new Love Aaj Kal as both Veer (from 2020) and Raghu (from 1990). The film hit the screens on Valentine’s Day, February 14.

As Love Aaj Kal recently made its way to Netflix, Kartik took to Instagram to share two throwback photos looking back at his association with Imtiaz. One of the photos is a still from Love Aaj Kal, while the other shows the actor-director jodi on the sets of the film.

Along with the pictures, Kartik penned a heartfelt note thanking Imtiaz for choosing him for the film. Kartik also spoke about his journey in Bollywood – from dreaming about being an actor to bagging his first movie and then finally getting Imtiaz Ali’s film – in the caption.

When you first dream of being in films, you act in front of the mirror and nail it every time, and the world of movies seems magical. Then you get a movie. You see the camera and are unnerved. It’s bigger than the suitcase you brought to Mumbai. The bright lights seem to be scolding you for not landing on a one-inch tape mark and wasting everyone’s time. The first few years become about trying not to look nervous (sic),” Kartik wrote in his caption.

“Then you get an Imtiaz Ali movie. The moment he narrates the story, you are pulled into a dream. I don’t even remember seeing the camera on his set, he‘d always be standing wherever I looked after cut. He was never at the monitor, he was by my side. The lights on Imtiaz Ali’s set help you find those tape marks (sic),” the actor added.

“I have never experienced the kind of love and appreciation I have got for my performance in Love Aaj Kal, and that too from some of my favourite filmmakers and people I most respect in the industry. How ironic that the making of this film felt most effortless! It would scare me to think of doing two characters in one movie. And here, I didn’t even realise how smoothly I was being transitioned between #Veer and #Raghu (sic),” his post reads further.

Kartik goes on to say, “For an actor, there is no better environment than being In front of that mirror. Imtiaz Ali takes you there. This is the reason why so many great actors’ greatest performances have been in Imtiaz Ali films. Imtiaz Ali director nahi hain, jadugar gain! Thank you sir for giving me the best performance of my career yet (sic).”

Imtiaz Ali director nahin hain jadugar hain – and how we agree with Kartik on this!

Earlier in 2019, after concluding the shoot of Love Aaj Kal, Kartik had shared his experience of working with Imtiaz Ali. The actor had said that his thought process has changed a lot after collaborating with Imtiaz for the movie.

“I am excited about Imtiaz Ali’s next because I’m in love with Imtiaz sir. He has changed my thought process a lot. I think I’m a changed man now. There has been a huge change in me since I’ve shot for his film,” Kartik told PTI back then.

Apart from Kartik and Arushi, Love Aaj Kal also starred Sara Ali Khan in the main role. Sara was cast as Zoe opposite Kartik’s Veer. The film was a sequel to Imtiaz’s 2009 Love Aaj Kal which starred Saif Ali Khan and Deepika Padukone as leads.