Student of the Year 2’s ‘The Jawaani Song’ recently dropped and has received mixed reactions from the audience. Many have expressed their displeasure at altering the original number ‘Yeh Jawani Hai Deewani’ by Kishore Kumar and RD Burman from Randhir Kapoor and Jaya Bachchan’s Jawani Diwani. The composer duo Vishal Dadlani and Shekhar Ravjiani have reprised the song, which has been picturised on Tara Sutaria, Ananya Panday and Tiger Shroff. Randhir has spoken in support of the new version. “I feel there is no harm in recreating songs. The original track came out four decades ago. Many youngsters were not aware of the song, but today, everyone knows it because of the remix. [After the redux version released], they all went back and searched for the original song on the Internet. I haven’t seen the song but I have heard it; it has a nice tune. Also, Karan [Johar] has officially bought the rights of the number. So, his intentions are honest,” the actor told Mid-Day

In February 2019, the remixed version of 70’s classic ‘Mungda’ from Total Dhamaal had received criticism from veterans in the music industry. After Rakesh Roshan expressed his displeasure with the new version, legendary singer Lata Mangeshkar and her sister Usha Mangeshkar reacted to the number and complained that no one seeks their consent before using the songs.

After teasing his various looks in a slew of posters from his upcoming Eid release Bharat, Salman Khan has unveiled the first official trailer from the movie on 22 April.

As Jawaharlal Nehru’s Tryst with Destiny speech plays faintly in the background, Salman’s character is introduced. An old Bharat (Salman) reminiscences — through a voiceover — about his colourful journey, which began amid the violence and bloodshed of the partition. Initially a circus performer, Bharat is forced to seek a job at a government office as the country faces nationwide unemployment in the wake of Nehru’s death.

The actor also shared a collage of all the five previously-unveiled posters in a motion poster on 20 April. Beginning with 1964, where Salman is seen as a young circus performer, the posters take us to 2010, in which he can be seen as a 70-year-old.

Bharat will trace the journey of a man, spanning four decades. Earlier, the makers treated the audience with the teaser, that gives glimpses into the various phases of the film.

An official adaptation of 2014 South Korean film Ode To My Father, Bharat is produced by Atul Agnihotri’s Reel Life Production Pvt Ltd and Bhushan Kumar’s T-Series. It is slated to release on 5 June.

This week the movie goers will have plenty of options as films from several genres and languages are hitting the big screens across the country all on the same day. From an intense romantic drama like Kalank to a spine-chilling horror film like The Curse of The Weeping Woman, the audiences are spoilt for choice. What is it about: Directed by Abhishek Varman, Kalank is a multi starrer set in pre-Independent India, which tells the story of complex relationships, forbidden love, deep-buried truths, secrets of betrayal and a history of affairs that threaten to destroy the contrasting worlds of characters in the film.

Why it may work: Apart from its ensemble of cast which is a blend of veteran actors and youth, Kalank features arresting frames full of grand visuals along with Pritam’s songs that tug you at the heartstrings like ‘Ghar More Pardesiya’ and the Kalank title track.

The Curse of The Weeping Woman 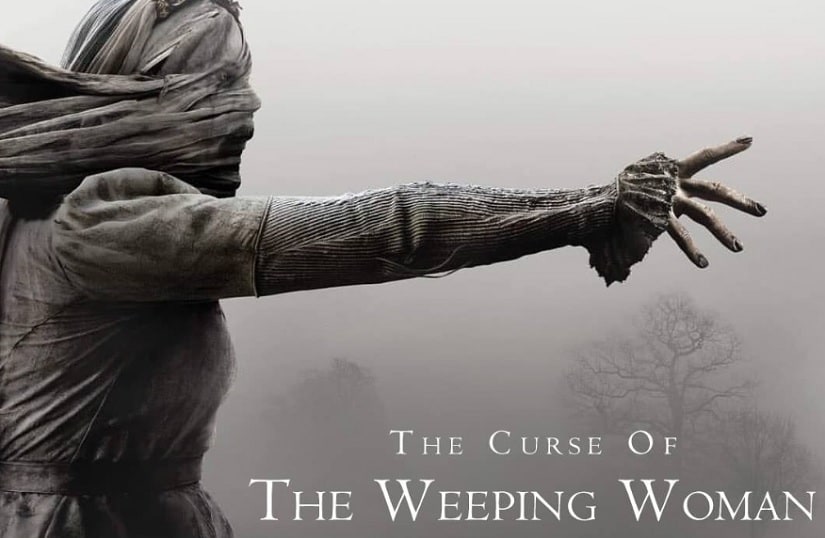 What is it about: Directed by Michael Chaves, The Curse of The Weeping Woman tells the story of a woman stuck between heaven and hell as a consequence of throwing herself in the river after drowning her two sons in jealous rage. She’s now on a lookout for souls of children to replace her own.

Who is in it:  Linda Cardellini, Raymond Cruz, Patricia Velásquez

Why it may work: Originally titled The Curse Of La Llorana, the film will bring to creen one of the most well-known horror stories based on the Mexican legend of La Llorona. Set in the Conjuring universe, this movie is sure to be packed with horrific scenes that promise to scare even the bravest. What is it about: Directed by Gowtam Tinnanuri, Jersey is a sports drama about a passionate and a gifted cricketer in his mid-thirties. With everyone encouraging him to give up on his dreams, the story will reveal whether he gives in or continues to pursue his career.

Who is in it: Nani, Shraddha Srinath, Sathyaraj

Why it may work: Considering Nani’s previous unforgetabble performances, one can expect him to get into the skin of this character as well and make the film less like a fictional drama anymore, and more like a real-life story based on an actual cricketer’s life. 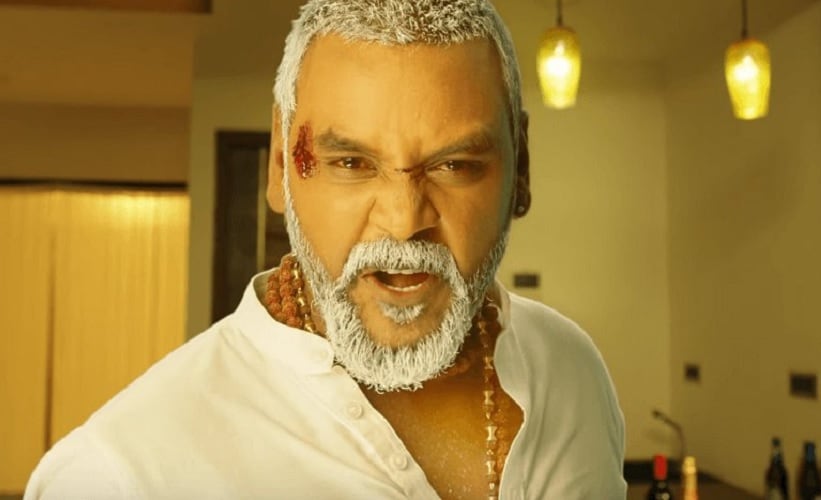 What is it about: Directed by Raghavendra Lawrence, Kanchana 3 will mark the fourth installment in the popular Muni film franchise. It will narrate the story of a popular ghost hunter as he returns to fight evil spirits.

Who is in it: Raghavendra Lawrence, Vedhika, Oviya, Soori

Why it may work: The film stars three heroines – Vedhika,  Oviya and Nikki Tamboli — with Raghava Lawrence in dual role. The trailer garnered immense praise from the audience who are eagerly anticipating the film’s release.

The makers of De De Pyaar De, especially the lead actor Ajay Devgn have received significant backlash for casting Alok Nath in the romantic comedy, despite allegations of sexual assault against him. Tanushree Dutta and Kangana Ranaut’s sister Rangoli Chandel led the criticism against Devgn for Nath’s inclusion in the film. Now, Devgn has issued a clarification. evgn said that the film was initially supposed to release in October 2018 and the shooting concluded in September. The sequences featuring Alok Nath were eliminated by August. However, they were shot over 40 days across various locations with a combination of over ten actors. He said it would have been difficult to reschedule the shoot with a replacement, due to conflicting schedule of other actors and would have caused monetary loss to the producers.

“Everyone is aware that film-making is a collaborative process. The decision to replace Nath could never have been mine alone. In this case, I would have to go with the joint-decision of the entire unit. Not to forget, I could not have brought the entire combination of actors back or put up sets again for a 40-day re-shoot because this would mean doubling the budget, which again wasn’t my call to make. It would have to be the call of the makers. Had circumstances played out even slightly differently, I would have pushed for a different combination of actors. Unfortunately, this was not to be,” the actor said in a statement.

He asserted that his stand on the #MeToo movement remained unchanged. According to the statement, Devgn said that he did not understand why attempts were being made to single him out as insensitive as the circumstances in this case were out of his hands.

Previously, at the trailer launch of De De Pyaar De, the actor had also explained that the film had been completed prior to the allegations levelled against Nath.

A complaint has been filed against Sara Ali Khan, who is currently shooting for Imtiaz Ali’s Love Aaj Kal 2 in the capital, for riding pillion without a helmet during the shoot. Delhi Police officials have said that necessary action will be taken against the actress after details about the incident are received, perused and verified, reports News18.

A video of the incident has gone viral on social media where Sara is seen on a bike with Kartik for the shooting of a particular scene. Whereas Kartik was wearing a helmet, the Simmba actress was spotted without one.

She also became subject of heavy trolling on social media because of the incident.

Not long ago, Sushant Singh Rajput was seen riding pillion without a helmet in Mumbai, a day after the release of his film Sonchiriya. However, no police action was taken.

After Manikarnika: The Queen of Jhansi, Kangana Ranaut has locked a script for her next directorial, an epic action drama based on a real-life story.

The film will be mounted on a large scale, but will be different from any other epic that has been made in recent times, the actor said in a statement. “I’m on the verge of announcing my next directorial venture. It’s an action film, an epic drama. It has taken a lot of my time. Currently, we are putting everything in order, but we have locked the script. We will be doing a photoshoot, soon after, which we plan to release the poster, too,” said Kangana.

The actor feels great that female artistes are bringing a lot of business in the industry and believes it is the “right time” for her to start working on her second directorial project.

Kangana on 9 April wrapped up the shoot of Panga in New Delhi and will now head to Kolkata for the next leg. Apart from Panga, she also has Mental Hai Kya and Jayalalithaa biopic. She has also revealed that she will helm a film based on her life, written by Baahubali scriptwriter KV Vijayendra Prasad.

De De Pyaar De’s new song, ‘Vaddi Punjaban’, is a groovy number that describes Rakul Preet Singh’s love for alcohol in the film. Rakul is seen matching steps with Ajay Devgn in this song, composed by Vipin Patwa and penned by Kumaar.

The song reaches a new level of energy with Sunidhi Chauhan and Navraj Hans’ vibrant vocals. Chauhan proves yet again that her voice can lend magic to any number she’s a part of. ‘Vaddi Punjaban’ has a peppy beat and as the song proceeds, the tempo reaches an exhilarating climax.

As reported earlier, the film was initially supposed to hit screens in October 2018 but it was postponed in order to avoid a clash with Arjun Kapoor and Parineeti Chopra-starrer Namaste England and Ayushmann Khurrana and Sanya Malhotra-starrer Badhaai Ho. Later, it was announced that the film would go head-to-head with Kangana Ranaut’s movie, Mental Hai Kya, on 22 February.

After countless delays, the film is now slated for release on 17 May, clashing with Sidharth Malhotra and Parineeti Chopra-starrer Jabariya Jodi. De De Pyaar De is directed by Akiv Ali and produced by Bhushan Kumar, Krishan Kumar, Luv Ranjan and Ankur Garg.